People living with dementia from groups in the DEEP network are using a voicemail service to record their thoughts and experiences… wherever and whenever they feel like doing so. 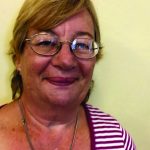 “I went to the Physio yesterday about my knees and we discussed the x-rays and then he said to me, ‘Have you been doing the exercises I sent you by email?’ I said, ‘No.’ I said, ‘I don’t understand it when you send it to me. I don’t – with the dementia, I have difficulty following instructions.’

‘Oh’, he said, ‘so what would help you?’ I said, ‘Somebody to sit in front of me and show me and go step by step with me.’ He said, ‘I will phone your friend and I will go through the exercises with her and how many times you have to do it and I’ll get her to do it with you. Do you think that will work?’ ‘Yes,’ I said, ‘thank you very much.’” 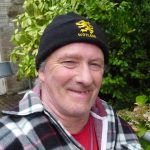 Stephen is involved in some work with Joseph Rowntree Foundation looking into poverty:

“But the whole thing with the poverty this morning – the JRF that’s, oh it’s awful. You know there’s so much of it now and poverty’s been brushed under the carpet, as far as I can see. That’s why I joined the JRF, to get it out there more, and get you know, get people to listen, as people aren’t listening. And you’d be surprised what I’ve heard. Make your toes curl…” 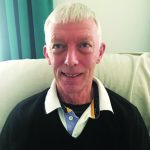 Clive’s diary addresses one particularly large elephant in the room:

“I’m going to bring up a thing that’s bothered me for – well, ever since I’ve been diagnosed… how people come to terms with the fact that they’ve got a terminal illness and their thoughts on death. I’ll be honest, I am terrified of dying… As a younger bloke, you think yourself invincible, almost. But it’s the way I’m going to die; how I’m going to die, and sometimes I can get quite – quite upset about it… It would be nice to know if anybody’s got any strategies or things you can do to ease the worry and the stress of that.”

Finally, are you – or do you know someone who is – living with dementia who may like to become a Diarist? We’re always looking to recruit more people, and it’s very simple to record your own reports. Or you may have ideas about using the Diaries for research, media, education or other projects. If so, do contact steve@myid.org.uk. Thank you for your support! 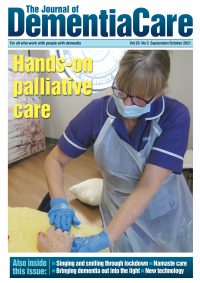